During my first week of college at West Virginia University, I heard rumors of an office that could make my high school dreams of working for NASA a real possibility. I made time to visit this place and meet Candy Cordwell and Majid Jaridi, not realizing how monumental an impact they would have on my life in the next few short years. The son of a police officer and a bank marketer, I grew up in Wheeling, West Virginia, a city that once housed an official United States port of entry and a booming steel industry, but whose population and income were rapidly dwindling. 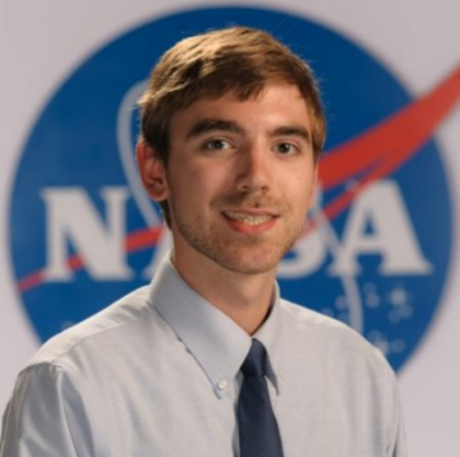 I learned about the space grant program, was told of all the opportunities, and dove in immediately. My marathon involvement with the WVSGC began with academic research at school, which led to a summer internship at NASA Goddard Space Flight Center. The WVSGC proceeded to support me as I took student employment at the nearby NASA Independent Verification & Validation facility and represented them, NASA, and WVU at numerous outreach events. I learned the value of teaching the public while continuing to enrich myself. Again, with the stalwart support of the WVSGC, I was accepted to the 2013 NASA Academy program at Ames Research Center, where I got a taste of California, and where the intense regimen cultivated a robust work ethic for my comrades and myself. I met people from various fascinating places while being exposed to incredible things that I would not otherwise have had the opportunity to experience.

In 2014, I proceeded to enroll in graduate school at WVU to earn a Master’s of Science in aerospace engineering. Consumed in my research, I didn’t do any more internships, but I kept my relationship with the WVSGC fresh. As I approached the date of my thesis defense, I set my sights on the NASA Jet Propulsion Laboratory for employment. With the help of my professors, I was able to identify an internship opportunity at JPL upon my graduation, but was struggling to find funding. After my thesis defense, with a generous decision that impacted my life permanently, the WCSGC granted me full funding for my internship. This internship led directly to my receiving a job offer at JPL, where I currently work and plan to stay for the duration of my career. 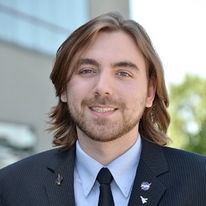 At JPL, I currently serve as a systems engineer in the mission concept systems development group of the project systems engineering section. Every day, I work with fascinating mission concepts that aim to advance mankind’s place in the universe and push the limits of science and technology. I love where I am and what I do, and I have many to thank, but none as thoroughly as the NASA West Virginia Space Grant Consortium.

West Virginia, a state scarred by generations of resource exploitation, is redeemed by its people and their steadfast resolve. This is exemplified by the incredible work done by the state’s NASA Space Grant Consortium, which has granted the dreams of numerous natives just like me, who otherwise may find themselves struggling and gasping for opportunity.