The NASA WVSGC Research Initiation Grant program lead by Dr. Holly Racine, Assistant Professor of Biology in the Department of Natural Sciences and Mathematics, began June 2020 at West Liberty University. The overall objective of the project was to enhance the knowledge about in utero thyroid-related mechanisms and how they relate to the development of craniosynostosis (CS). To meet this objective, the proposal had 2 aims: Aim 1 – 3D morphometric analysis of cranial sutural growth and morphology in chick embryos following in utero TH exposure; and Aim 2 – Determining the gene expression patterns in sutural tissue between developing flat bones of the skull of chick embryos following in utero TH exposure. 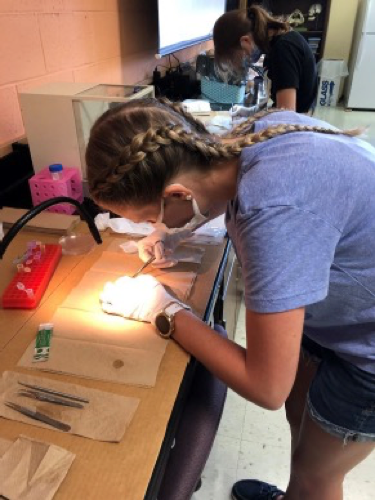 Undergraduate student Hannah Ankrom collecting sutural membrane from the chicken embryos at E19 (Trial 1). After removal, membranes were weighed and homogenized. Hannah also was proficient at collecting the blood by cardiac puncture. 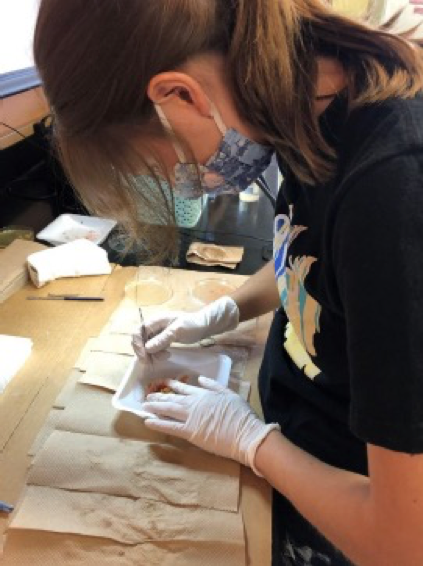 Undergraduate student Carson Corrick collecting hearts and livers from the chicken embryos at E19 (Trial 1). After removal, organs were weighed and homogenized.